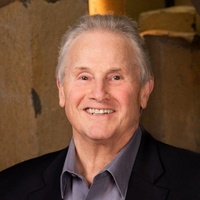 Bob became a Financial Advisor in 1979. During the 1990's Bob owned and operated two restaurants. He then returned to the world of investments with Bank of America Financial Services, joined Merrill Lynch in 2009, and is currently a consultant with JMP CPA working with 180 Wealth Advisors on accounting and operational issues.

A graduate of Washington State University, where he majored in Psychology and minored in Economics, Bob is a lifelong Washington resident who lives in Fairwood today with Jacqueline, his wife of 40 years. They are proud parents of three "great and grown" children and love traveling to Europe and Asia. Bob enjoys making home improvements, gardening, rooting for the Seahawks and Washington State football, and serving as a Rotarian.